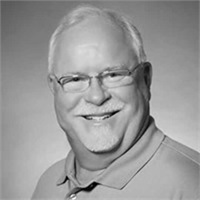 He enlisted in the United States Navy in February 1977. After completing the USN Nuclear Engineering Program in December 1979, he served aboard the submarines USS Lafayette and USS Robert E. Lee from December 1979 to December 1983, completing five deterrent patrols. Jim attended the Instructor Qualification School in Bremerton, Washington, from January through February 1984. He completed his naval career as an instructor, choosing to leave the Navy after the birth of his daughter in July 1986.

After his Navy career, Jim worked as Distribution Manager for Hecht Distributing and had an abbreviated stint as the owner of a restaurant/pub in Hampton, Virginia. Jim began employment at Duke Energy in March 1988. In 1991, he separated from Duke Energy and opened The Investment Center in Seneca, South Carolina, with just over $1 million in assets under management (AUM).

In 1994, Jim obtained his Series 24 securities registration (General Securities Principal Qualification Examination), which allowed him to operate an office along with supervising other representatives. Today his office has several investment adviser representatives working together to help service and manage over $120 million of client assets. Jim has authored articles in various publications and hosted a live radio call-in show for several years covering various investing opportunities and strategies. He has served as Guest Lecturer for classes at Clemson University.

Jim holds membership in several organizations, including SERTOMA, VFW and Knights of Columbus. He has worked on a variety of local projects with the Chamber of Commerce.